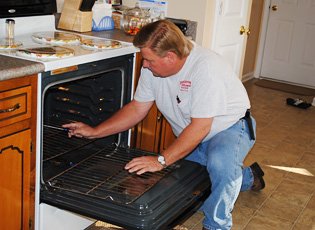 Rittenberry Appliance is a leader in Appliance Maintenance and repair.

We are a family-owned business that Rickey started when he was 17 years old. He began learning about appliances while watching his father, who worked on them on the side. He also began working with a friend. He knew this was what he wanted to do and started the company. When he and Connie married a few years later, it became a “family business.”
Connie works in the office answering the phone, dispatching, and doing the paperwork. In 2007, at the age of 17, their son, Joshua, came into the business with them. He started going on service calls when he was only 5 with his dad. He now has his own van and is full time. With two vans being dispatched, they can usually get to customers within 24 hours.

The idea of taking care of the customer as quickly as possible has always been our focus. We have tried running the business like we would want to be treated if we were the customer. Being family owned makes it a little more personal between us and the customer. We have been around for more than 30 years, so people know we are here to stay.

We work on major appliances in the customer’s home. We specialize in washers, dryers, refrigerators, stoves, dishwashers, microwaves and garbage disposals. 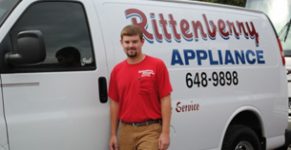